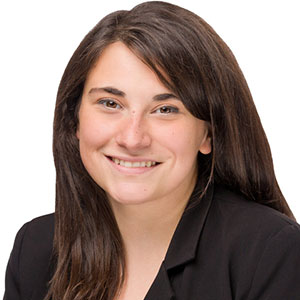 Jessica Reis is a pollster and political consultant. She has spent the last 11 years working with the renowned firm, Greenberg Quinlan Rosner, on a diverse set of challenges: she has run and advised campaigns across Latin America and Asia; she has overseen research in difficult environments, such as Iraq and Yemen; and she has brought her insights to corporate clients such as Microsoft and VeriSign to improve their reputations.
Reis has worked extensively in Latin America – most recently on campaigns in Mexico, Panama, Bolivia, and Venezuela. In 2016, she led GQR’s public polling in the Dominican Republic, and was the most accurate pollster in predicting the result.
Closer to home, Reis has conducted research in Ohio, Iowa, Illinois, Florida, and California. She was part of the Greenberg Quinlan Rosner team that helped to re-elect Mayor Rahm Emanuel in 2015, and has conducted extensive research among US opinion elites, included DC opinion elites.
Since joining GQR in 2006, Reis has conducted research around the world, and led focus groups and surveys in Central and South America, Western and Eastern Europe, the Middle East, and India and Southeast Asia. She focuses primarily on political campaigns, and also research in challenging environments. In 2010, she led the firm’s first research in Iraq –conducting trainings for Iraqi nationals in advance of GQR’s groundbreaking focus groups and surveys. In 2012, she designed a similar program in Yemen, overseeing the country’s first focus groups after their Arab Spring Revolution.
Reis earned her Bachelor’s degree in Comparative Economics from the Walsh School of Foreign Service at Georgetown University. She has lived abroad in Argentina, and speaks Spanish.